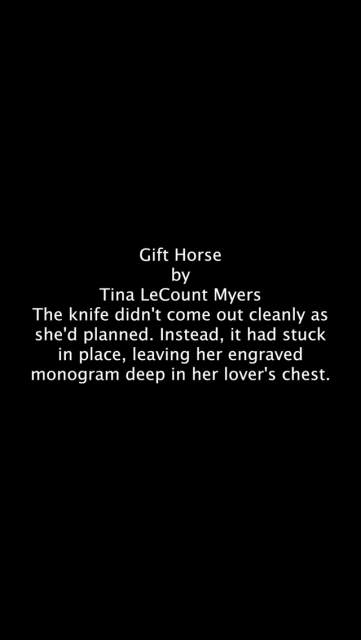 For the last three years, I’ve been working on an epic fantasy trilogy in a binge/purge cycle: one month ON feverishly writing 50k works, two months OFF brutally editing earlier work, and all the while teaching myself the business of being a writer.

I’ve been in the minds of 13 different characters, and have spent countless hours researching evolutionary biology, physics, and the science of sound, trying to understand and explain the system of magic I had inadvertently created. I have agonized over alternative languages for world building (ultimately deciding on Sami dialects to relate to the Arctic backdrop), and have killed off characters I’ve grown to love (though nowhere near as often as GRR Martin).

All this is to say that the scope of this project ended up much larger than I EVER anticipated. And, though I still loved my story, I was a little burned out.

I’d spent years and hundreds of thousands of words to tell one story. What would I say in 140 characters? What could I say?

It turns out, a lot!

When I finished, I had two characters and a relationship between them. I had a triggering event (albeit off-screen), and I had a conflict and a resolution.

A writer friend pointed out that, “the title really makes the story” and I took that as a compliment. I was able to add more context to my 140 characters with just two words.

So I sent off my very short story feeling energized by the process of writing and thinking about writing.

A few weeks later, I received an email titled Winner! 140 Character Short Story Contest. I have to admit, seeing the word “winner” is a great feeling, especially when it’s not some internet scam.

Hi Tina!
Congrats! Your 140 character story has won our inaugural contest
(with 24 other stories). We had over 250 submissions and we feel
that your story is definitely in the top 10.

The letter went on to explain that a voice over artist would perform my story, and it would be posted on YouTube. See the final product HERE, including the interview I did. (And if you’d like to check out other Wild Sound Festival contests and events you can do that HERE.)

It’s a relatively small thing, winning a very short story contest, but it is no less meaningful, especially after this three-year journey of self-doubt. Winning, and seeing even just 26 of my words published, is enough to remind me that it is all worth it. And I would say to anyone, Never underestimate your signs of success!

It doesn’t matter if it’s running a little faster than yesterday, or learning to play one new chord progression, or writing another page in your novel/memoir/screenplay/graphic novel. If you’ve done it, you are that much further along to fulfilling your dream, or living out your passion. That compared to a life “wishing” for something is a success worthy of note. Celebrate it! In fact tell me about it! I’ll celebrate it with you. Your successes deserved to be shared and lauded, so HUZZAH! WAY TO GO! YOU CAN DO IT! KEEP GOING! And I’ll keep going too.