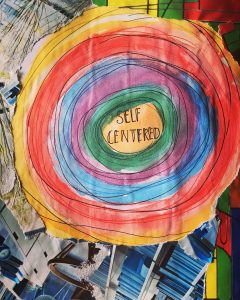 I have given up on New Year’s resolutions. For years I tried to make them work for me. The resolutions were usually associated with doing more of one thing and less of something else. Exercise more. Drink less. Save more. Spend less. But invariably, someplace around the end of February, my resolve had crumbled. The pressures of life—work, family, commitments, responsibilities—took precedence. And then I would feel like a failure.

Over time, I grew to resent feeling bad about myself. Life is hard enough without combatting a sense of failure. And yet, I still felt there was something important about the ritual of acknowledging a New Year and its potential. In the end, I chose to set an intention for the year to come rather than make a resolution.

For me, there is a qualitative difference between a resolution and an intention. When you make a resolution, it is either honored or not honored—a black and white proposition that feels like a test of will. Whereas, when you set an intention there is a spectrum of experience that allows for success even in the face of setbacks. For example, a resolution might say, “I am going to go to the gym every day.” And an intention might say, “I want to improve my physical health.” Over the period of a year, the likelihood that you will miss going to the gym is high, nullifying your resolution. On the other hand, even if you miss a day at the gym, you might be working toward improving your overall physical health over the course of the year in a variety of ways.

Of course, it is possible to argue that the difference between resolution and intention is a matter of semantics. However, I believe that how we define terms can define our experiences. I would much rather spend a year working toward something, acknowledging all the inevitable setbacks than spend a year embroiled in a test of wills narrowly conceptualized. For 2018, I intend to work with the concept of being self-centered, but not in the negative sense of the term of egoism and narcissism. Instead, I am interested in exploring how being centered and working from that place can be different from my distracted approach to life. From the start, I know the challenge will be not to retreat to habit, but I feel optimistic that each moment I can draw myself back to the center will further a sense of progress, however, slow it might be in the end.