Of Ireland and Words

“Which of the following places,” my childhood best friend asked, “are you interested in visiting?”

It was January, and the Clark family was making plans to visit places in Europe and the Mediterranean they’d missed while living in England these past fifteen years. The list was exotic and enticing, but there was one clear winner for me.

“Ireland,” I said, without hesitation.

Fast forward six months and we are on the eve of our trip to Ireland. My Gent had been knee deep in Irish authors and guidebooks, while I’d been preoccupied with my writing projects and query letters. While I’d made my contribution by setting up the rental car, I hadn’t been involved enough in the planning to create any expectations for the trip, which turned out to be a great gift. Arriving a day late and jet-lagged, I met an Ireland unfiltered through the len of expectation. And what I saw left a lasting impression on me.

Landing in Dublin, I was immediately aware of two things: 1) Ireland is impossibly green. As cliché as that may sound, it’s true. Ireland is green in a way that’s different from any other place I’ve seen. It’s a green that takes all of your senses to appreciate. 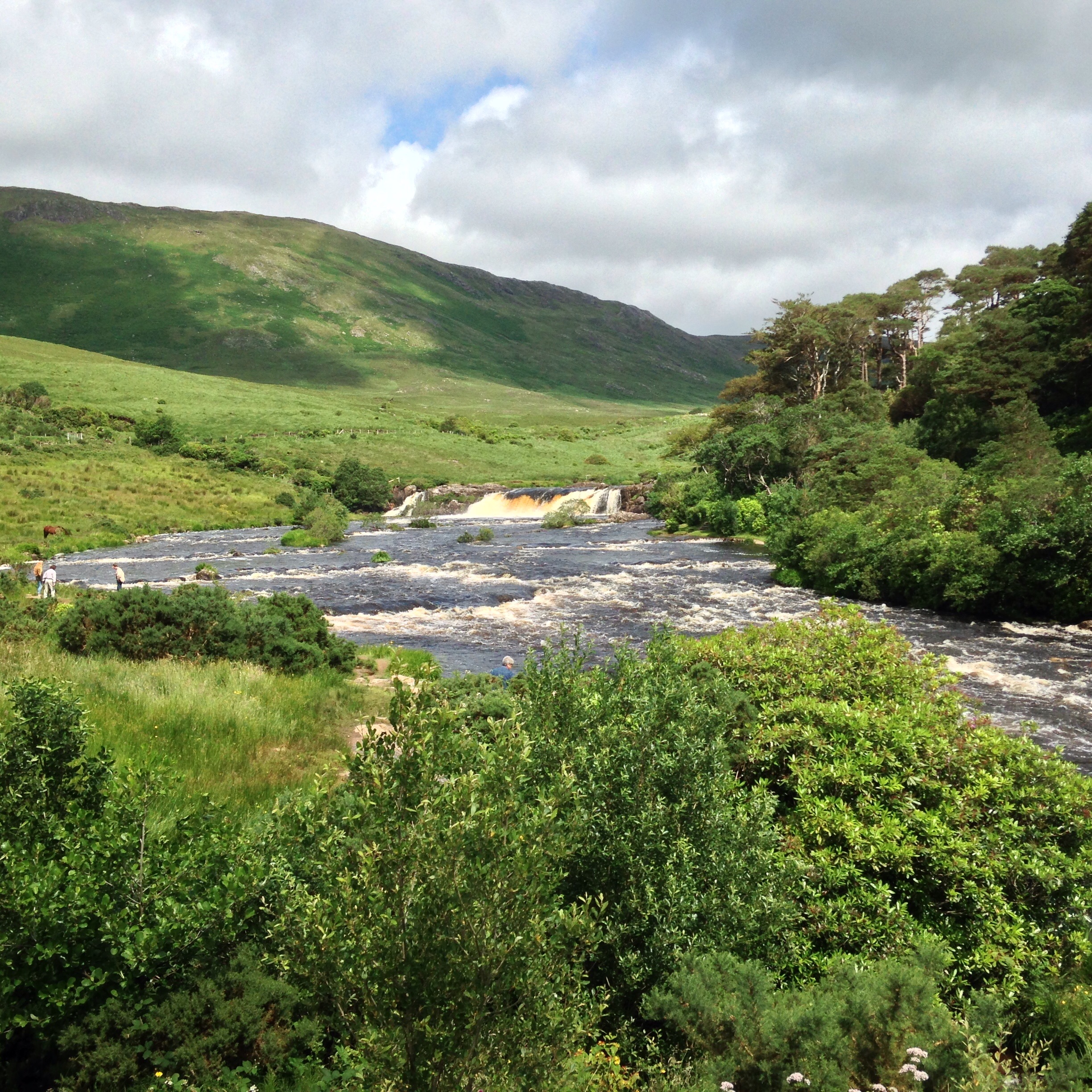 2) Ireland is a country imbued with the power and the importance of words. 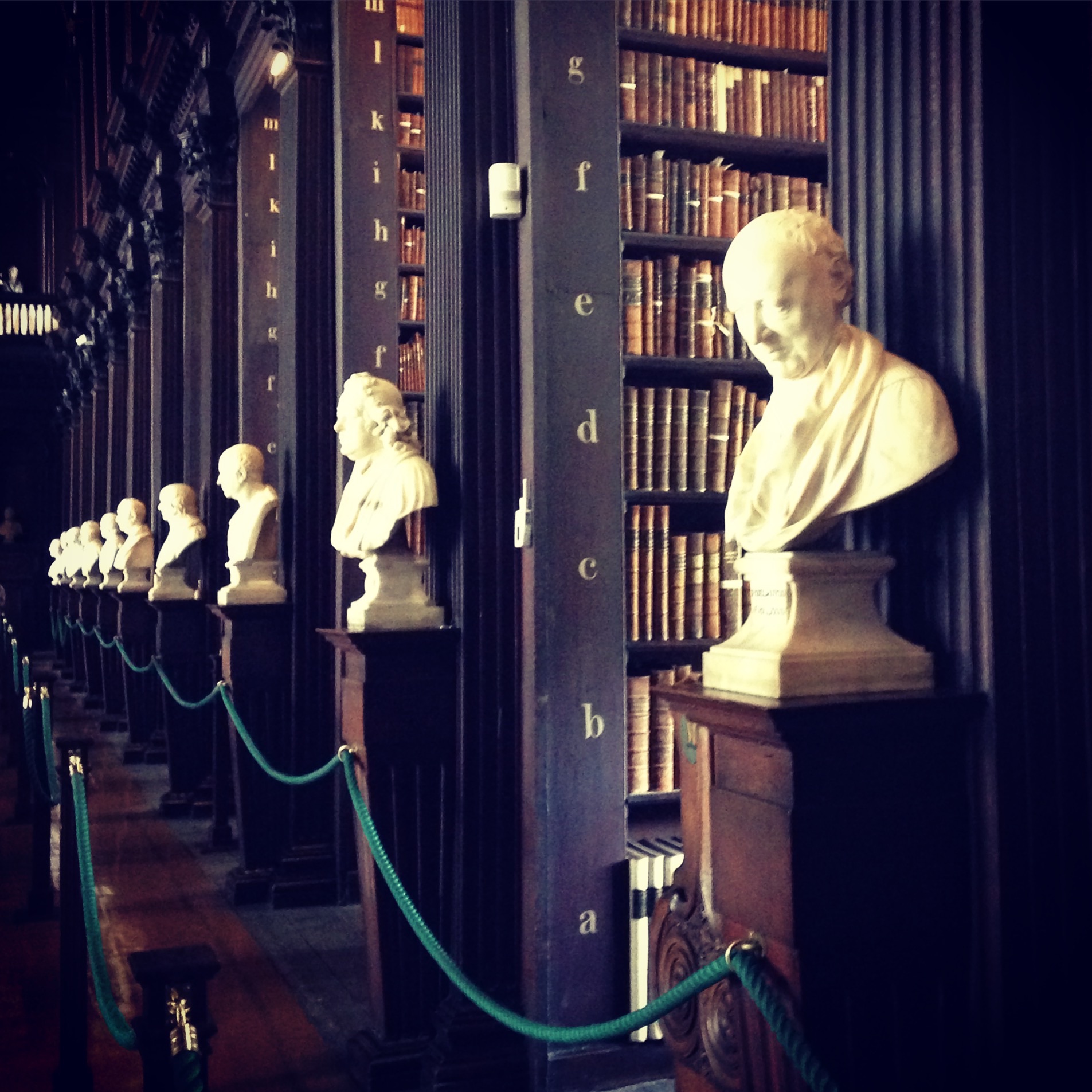 Our first outing to Trinity College in Dublin made that second point, full stop. If the beauty and reverence of the Book of Kells and The Long Room (pictured above) aren’t enough proof of Ireland’s love affair with the written word, then perhaps a quick look at Trinity’s literary alumni migh add credence to this claim.

To this, one can add the ever-present shadows of James Joyce and George Bernard Shaw upon the streets and alleyways of Dublin.

And then farther afield, it is impossible to take in a spectacular visit without wondering if the spot was not one described by W.B. Yeats. 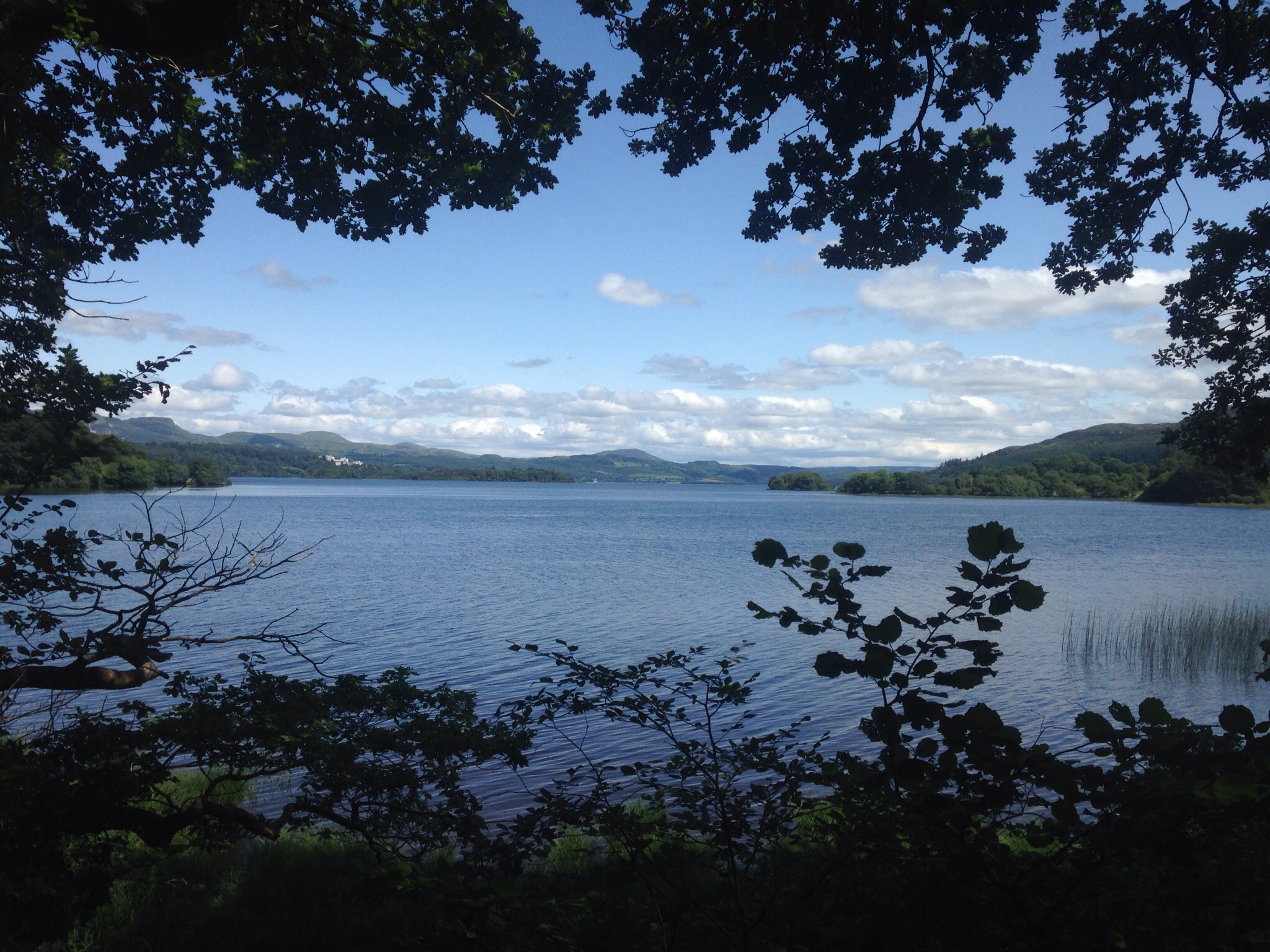 And I shall have some peace there, for peace comes dropping
slow,
Dropping from the veils of the morning to where the cricket
sings;
There midnight’s all a glimmer, and noon a purple glow,
And evening full of the linnet’s wings.

In this heady envrionment, it’s not surprising that my own thoughts turned to new projects. As the Gent and I strolled down a street in Sligo, we both saw something, as is often the case after sixteen years of marriage, that led us to turn and say at the same time, “That needs to be a character!”

As we meandered around Sligo’s river promenade, we chatted and plotted and before we knew it, we had a new writing project–one that would, by necessity, bring us back to Ireland many times in the future.

As it stands now, the Gent and I have four books planned (nothing ambitious there), in a genre neither of us have written before (nothing foolhardy there). And finally, we have tacitly agreed to work together (sheer madness there).

This project is still far in the future, but praise to the Muse* who shows up in those unassuming moments and whispers (or sometimes yells) what must be done.

“Yes: I am a dreamer. For a dreamer is one who can only find his way by moonlight, and his punishment is that he sees the dawn before the rest of the world.”

*Or in this case, the Tuatha Dé Danann.