Finland: Finding family and getting lost in the forests.

The last time I was in Finland was 1976. I was nine years old. The Summer Olympics were in Montreal, Canada and I was obsessed with gymnastics and with Nadia Comăneci. 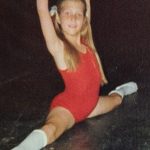 So much so that my Finnish grandfather strung up rings and a trapeze between the tallest trees in the Helsinki backyard so that I might pretend that I was competing myself. 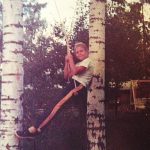 Of course, since he was a track and field man, he gave me a shot put, a discus, and a javelin as well. (It was a very, very big backyard.) 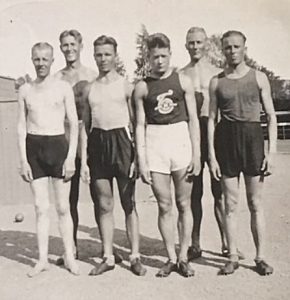 My grandfather, 3rd from L.

Finland was the country where my mother was born, and I have always been proud to call myself half-Finnish. So why did it take me forty years to return?

At first, I think it was because my mother held claim to the country. The few trips back she made after 1976, she made alone and for exigent reasons. Then, as a teenager and twenty-something, I was suddenly more interested in visiting places I’d never been to: Scotland, Spain, Italy.

And the longer I waited to return to Finland, the more daunting it became. My grandparents were gone, and I could no longer speak the language. (My mother had stopped speaking Finnish to me when returned to the US, and I began school again. She said she feared I would be teased if I had an accent. I got teased anyway for different reasons. It is a tribulation of childhood my mother could not spare me, though she tried.)

What was more, my family connections in Finland were tenuous. They were photos in an album to me because my mother had been the one to stay in contact, and I only heard accounts that she passed on to me. 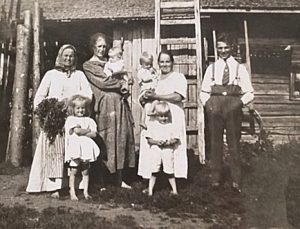 By then, career and marriage and life conspired to get in the way until one day I had written three fantasy books loosely based on Sápmi (more widely known as Lapland), and a little voice in the back of my mind said, GO. NO MATTER WHAT. GO. 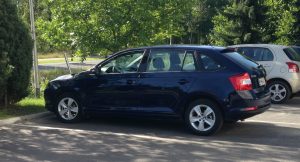 A Škoda for the road.

We were going to circumnavigate a large portion of the country (Helsinki Vantaa Airport, Rouvesi, Kangasniemi, Asikkala, Hameenlinna, Porvo, Hamina, Savonlinna, Kangaslampi, Suomussalmi, Rovaniemi, Muhos, Vitasaari, Helsinki). Luckily, The Gent and I road trip well together. We have a clear division of labor. The Gent drives and I navigate. Not because of any fault in my driving, rather because his navigating is, at best, a little distracted.

One month and 3300km (2050.525mi) later, I have an appreciation for the verdant beauty of the Finnish landscape and its breathtakingly blue skies. 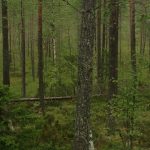 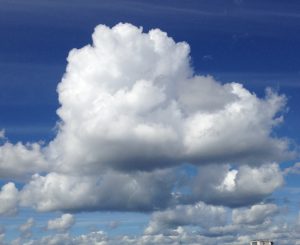 I also have a profound sense of gratitude for family and friends who shared both their time and hospitality, as well as the deeper connection that comes from sharing stories–stories about the past, of older generations that we have in common, and new stories, those of recent events and hopes and dreams. 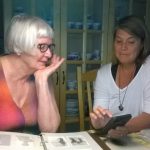 In July, I arrived in Finland very aware of what I call my “adult-orphan” status. I have no siblings, both my parents are passed, and I have no children. This family branch ends with me.

In August, I left Finland knowing that I am part of something: a family, a culture, a historical legacy. I am tied to the land. Quite literally through a family farm. And figuratively, in my deep and abiding love of ruis leipa (rye bread) and saunas (pronounced sow-na not saw-na).

Next year, I plan to return to Finland. I’ve got family to see! And there’s WorldCon2017 in Helsinki to attend (but that’s a story for the newsletter…sign up and find out more)!