When the call comes: Query letters, Agents, and Sisu.

When that inner voice said, “You need to finish the novel” I had no idea what that really meant. In January of 2012, all I knew was that I needed to complete this project. From January 2012 to January 2015, I rewrote my manuscript, THE SONG OF ALL, seven times. After every beta reader and editor, I learned something valuable about, not only my characters and plot, but also about the process of writing, and, more importantly, the value of editing. 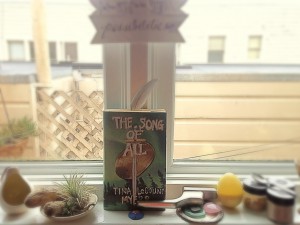 The Song of All Mockup on my altar.

New iterations of my story emerged monthly. Word counts swelled. Vast swaths of red ink filled the pages. Word counts plummeted. Until one day when it seemed that the manuscript might finally be ready.

In March of 2015, with a complete manuscript, I finally summoned the courage to send out the first of my query letters to agents and timed it for the Global Hour of Sisu Challenge on March 10th. 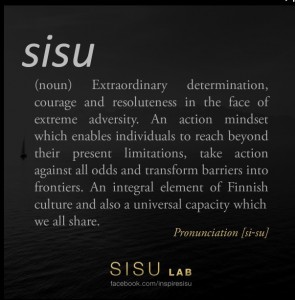 me. Often translated as courage or guts, sisu is a much more nuanced cultural construct. According to THE SISU LAB, the word describes, “the enigmatic power that enables individuals to push through unbearable challenges.” and is “one of the most essential concepts of Finnish culture.”

So, as a kid, when I would be losing in a tennis match, and my mother would call out from the sidelines, “Sisu, Tina! Sisu,” I knew I had to represent! Not just for myself, but for her and my grandparents, and for the pride of this small Nordic country I am related to.

THE SISU LAB declared March 10, 2015, between 3 pm and 4 pm worldwide to be the Hour of Sisu and encouraged people to do that one thing that would benefit them, but which they’d been putting off. So at 3 pm PST, in honor of my heritage and upbringing, and to acknowledge the challenges of getting my book published, I sent out the first of my query letters to literary agents.

The months that followed brought with them rejection letters, close-but-not-quite moments, and periods of self-doubt that made it hard from me to see the wisdom of “boundaries as frontiers.” But my mother’s voice, loud and ever-present in my mind, said, “Sisu, Tina! Sisu!”

Almost a year to the day from when I sent out those first query letters, the call came.

The agent call—the one that offers representation!

Honestly, it has taken a few days for it to sink in. And although I know there are always challenges on the horizon, at this moment I take great pleasure in announcing that I am now represented by the fabulous Mark Gottlieb of Trident Media Group. I am at once grateful for the journey that led to this moment and excited about the future, which will, no doubt, have many more opportunities for sisu.

To my mother and grandparents I say, “Kiitos paljon, aiti, isoisa ja isoaiti!”

12 Comments on When the call comes: Query letters, Agents, and Sisu.