An Ode to Beta Readers: Or How To Survive Editing

This April, I finished up the second edit of DREAMS OF THE DARK SKY, the second book in the LEGACY OF THE HEAVENS series. For me, editing is a grueling process. My creativity gets cranky because it’s going over the same lines sometimes three or four times. My woe-is-me gets whiny, bemoaning the fact that it will never be good enough. What saves me in this inner-child tug of war are sane, compassionate, and committed beta readers. 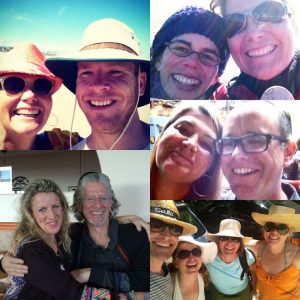 Beta readers are those lovely people who writers thank in their acknowledgments page with heartfelt gratitude for their ‘insightful comments,’ their ‘keen eye,’ and their ‘valuable suggestions.’ They are those valiant readers who take on the early drafts and help make them better and give writers perspective when they may have lost it.

THE SONG OF ALL had five beta readers and one ‘am I crazy to think this could be published?’ reader. Each of them had a substantive impact on the drafts they reviewed. DREAMS OF THE DARK SKY has had three beta readers, and again even in this second edit, I can see how this story has opened up as the result of their comments.

I wanted to give advance praise and gratitude to my beta readers: Benjamin Thompson, Sita Saxe, Nicole Martensen, Grant Kalinowski, and Thomas Tomcat. And to Sage Lee for thinking I wasn’t crazy that this story could be published. Generous souls, one and all!