What’s in a name? Google Poll for Readers

The process of naming a book is not always straightforward. Sometimes the name comes before the project starts, sometimes it surfaces while writing the manuscript, and often, even when authors have a clear idea of their title, publishers will change them.

When I was writing The Song of All, the title was immediately evident to me. For book two I had a pretty good idea of the title based upon the rough draft, but I did change it. Originally, I had called book two The Legacy of the Heavens, which worked based upon the themes, but then I decided it was really a better series title. So book two became Dreams of the Dark Sky, which comes from one of the characters songs.

Book three had a working title when the trilogy was sold to Night Shade Books/Skyhorse Publishing (who did not change any of my titles!) but now that I am beginning work on it, I think book three needs a different title. I set up a Google Poll which went out in my subscriber newsletter earlier this month, but I also wanted to open up the voting to blog readers. Here are your choices:

Should Book 3 Be Called:

To cast your vote by clicking this link to my Google Poll. 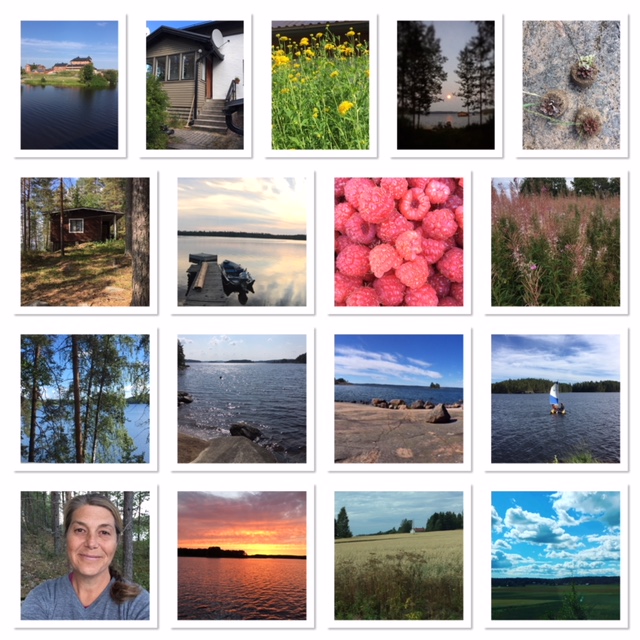 What I did this summer…

Remember having to write this essay when we were kids? I recall slumping in my seat, my pencil hovering over clean, lined paper, trying to explain the “nothing-ness” of my summer. Because doing nothing stood out to me. Sure, I went on bike rides and visited the beach and went to the movies and saw friends. But there were no deadlines, assignments, expectations. There was the freedom to do NOTHING. The freedom to be STILL.

I had the great joy of re-experiencing this pleasure of summer. On July 20th, I turned in to my editor the manuscript for the second book in The Legacy of the Heavens trilogy, DREAMS OF THE DARK SKY, then left for a three-week sojourn in Finland. And though we traveled far and wide on the road trip and visited and rediscovered family, there was always a sense of stillness and the freedom to do nothing but look at the sky, the water, the fields, the trees, the sunsets. My heart is so full of gratitude for the renewed connection with my family and a reconnection to the natural world. Being able to do nothing this summer, makes it possible for me to feel like I can now do anything this fall. If you are interested in reading about my last visit to Finland two years ago, I wrote an essay about it for Literary Hub. You can read it here.